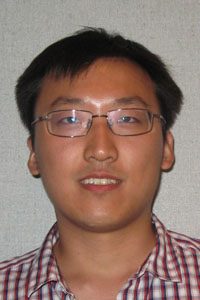 Fan Wu is currently a Ph.D. candidate in Dr. Demetrios Christodoulide’s Nonlinear Waves group. He received his B.S. and M.S. degrees, both in Physics, from Harbin Institute of Technology in 2012 and 2014, respectively. He has worked in the general areas of nonlinear waves in both bulk and waveguide arrangements. In particular, he has made contributions to the development of a comprehensive optical thermodynamics theory that can be used to effortlessly describe the collective nonlinear behaviors of multimode photonic systems. Additional research interests also include orbital angular momentum light sources and rogue waves.